This post will cover The Red Pill and the meaning of life (yes, a little melodramatic, I admit).

The Red Pill deals a lot with evolution as a basic premise of our sexual interactions and behaviors. Let's bring evolution to scale. 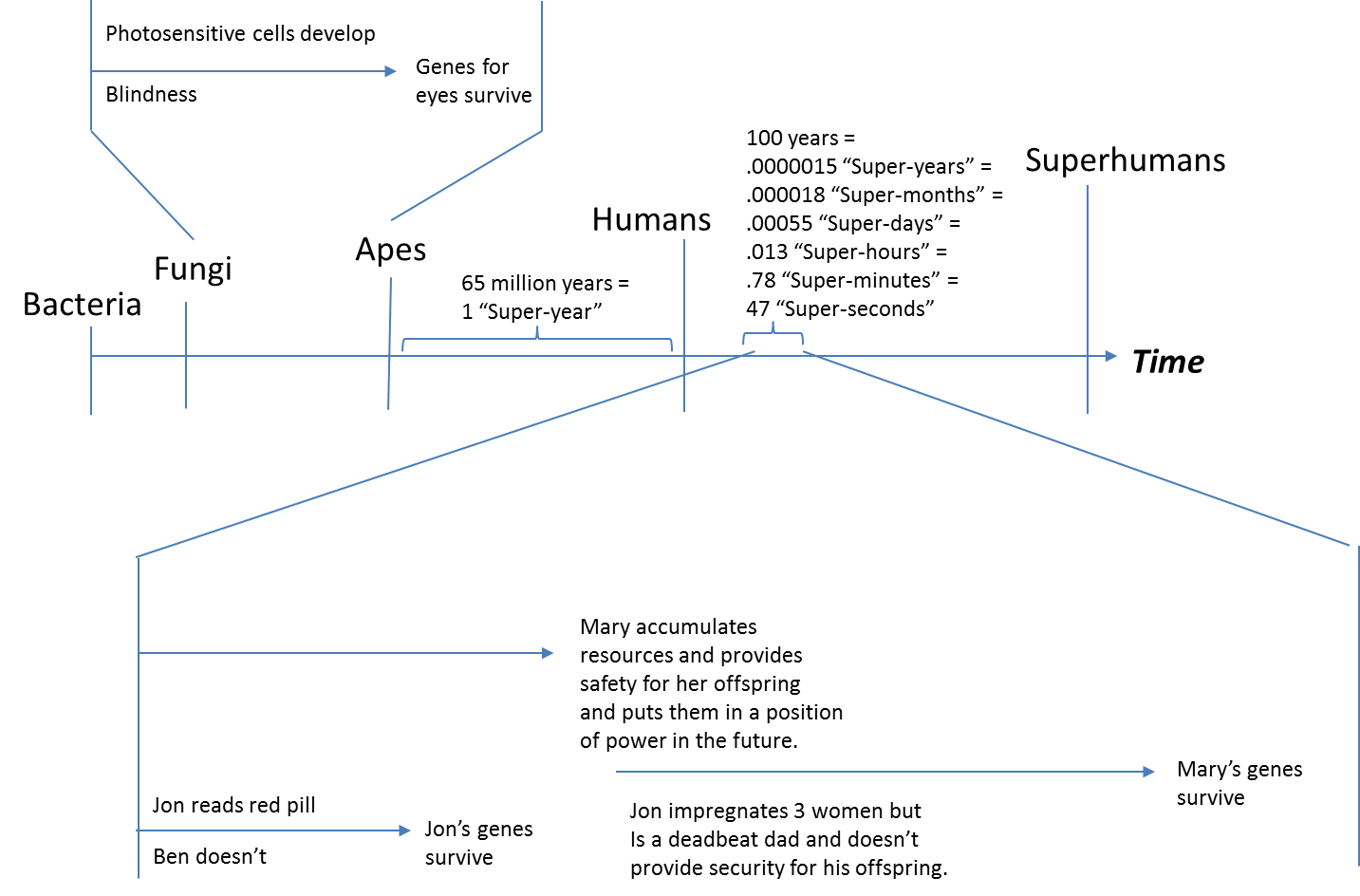 If the time it took to go from apes to humans is 1 year, then your lifetime is only 47 seconds. We are all just here in the blink of an evolutionary eye, and are simply a test to see if our genes are worthy of passing on.

I feel that we are a genetic test in a giant optimizer. We are simply the result of our genes trying to survive into the future. As such, you may feel a sense of duty to both have children to essentially represent the best your genes can, and acquire a significant amount of resources, security, etc., for your family so that your children’s genes survive.

Some people have an inclination to acting like a jerk, others nice. Over millions of years, one type of behavior may win out over another by having humans with those genes pass on and be protected. Some people will impregnate 5 women and have bastard sons around the world. Another may only have one son, but who was cared for and whose family line is then in a position of power. Time will tell which sets of genes (gold-digging vs. sleeping around) are best suited for the future evolution, and more will end up as such.

That’s why you are inclined to do your best to both pass on your genes (alpha) by learning how to get the best quality woman and have children (/r/thanktrp), and do your best to ensure those genes survive (beta) by gathering as much resources and protection for my genes as possible (learning about Machiavellianism here, etc.).

It's simply the chemicals making up your DNA trying their unique combination in the universe via your body.


However, a parting note. That simply makes you a slave to the mechanism of evolution, with no free will. By rejecting that biological imperative, and consciously choosing to not pass on your genes, does that give you an extraordinary sense of mental freedom?

(Discussion on alreadyred)
Posted by Deep Thrill at 7:34 PM

Email ThisBlogThis!Share to TwitterShare to FacebookShare to Pinterest
Labels: Unplugging